This week was our first week that we did not have the Class of 2020 engaged in learning.  We miss them already! We were able to conduct a small graduation ceremony for one of our graduates who is not able to attend our postponed graduation.

Shayne Lambert’s Graduation Ceremony: On Thursday, we held a small private graduation ceremony for Landscape Design and Contracting senior Shayne Lambert who is leaving for Army boot camp on June 15th.  We would like to wish Shayne the best of luck and we appreciate his dedication to serve our great country.  Click here to see the story on Channel 4. 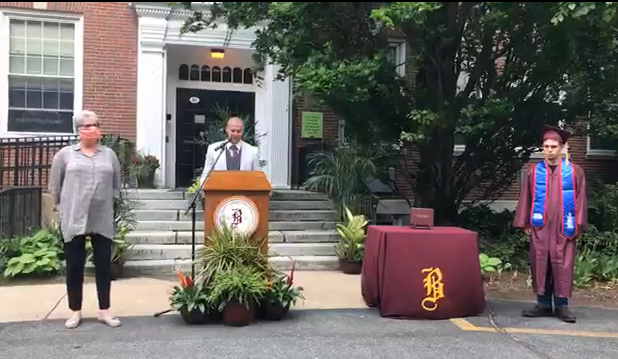 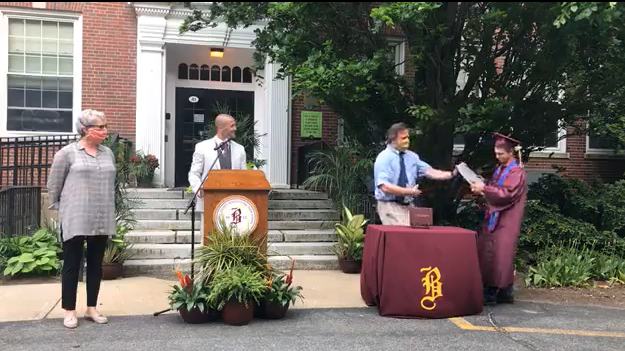 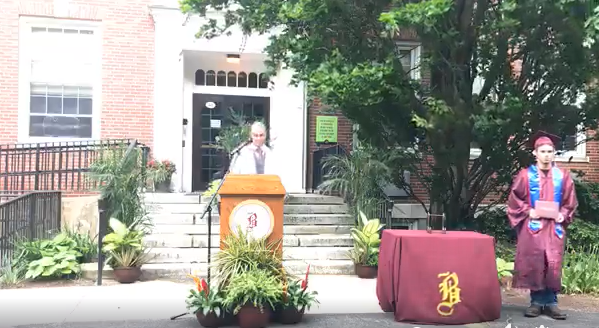 Senior Shout Outs: Forman School, Bristol County Ag. High, Belmont University: Some of you may have seen this on Channel 5, but senior Emily Lynch was featured.  Click here to see the “Senior Shout Out.” 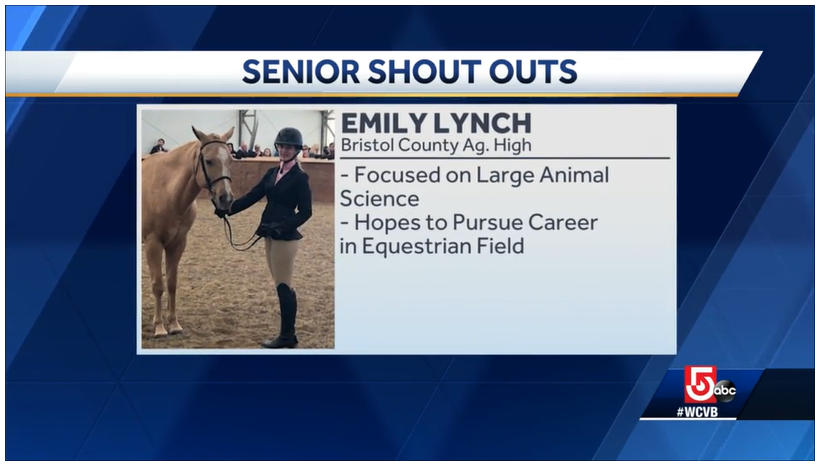 Awards Night Celebration: On Wednesday, we hosted our 26th Annual Bristol County Agricultural High School’s Award Night.  This year’s award ceremony was a little different than in years past, however, we wanted to recognize the hard work and determination that our students put into their studies this year.

More than anything we hoped that they realized that holding a virtual awards ceremony does not take away their many accomplishments whether personal, academic, vocational, athletic, etc.  They still accomplished them!  This pandemic may have rendered impossible several events which would have provided a formal recognition for what they have achieved, but these are still their achievements!  Of course, we would have loved to congregate as in years past to officially hand you your award on stage, but the bottom line is that they deserved the recognition.   Don’t let the absence of a certain event for recognition make you lose sight of all the things they’ve experienced and all the challenges to which they have risen! 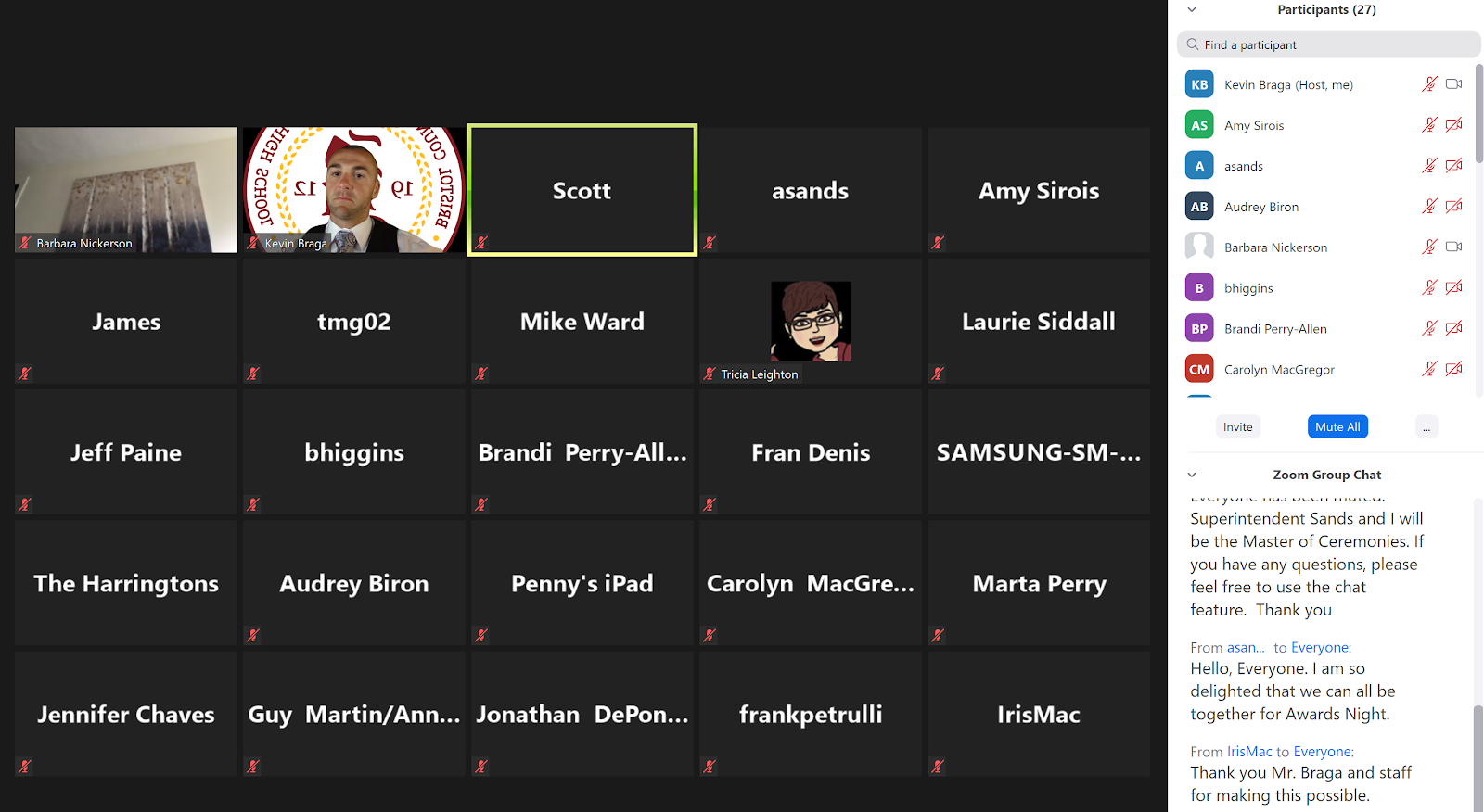 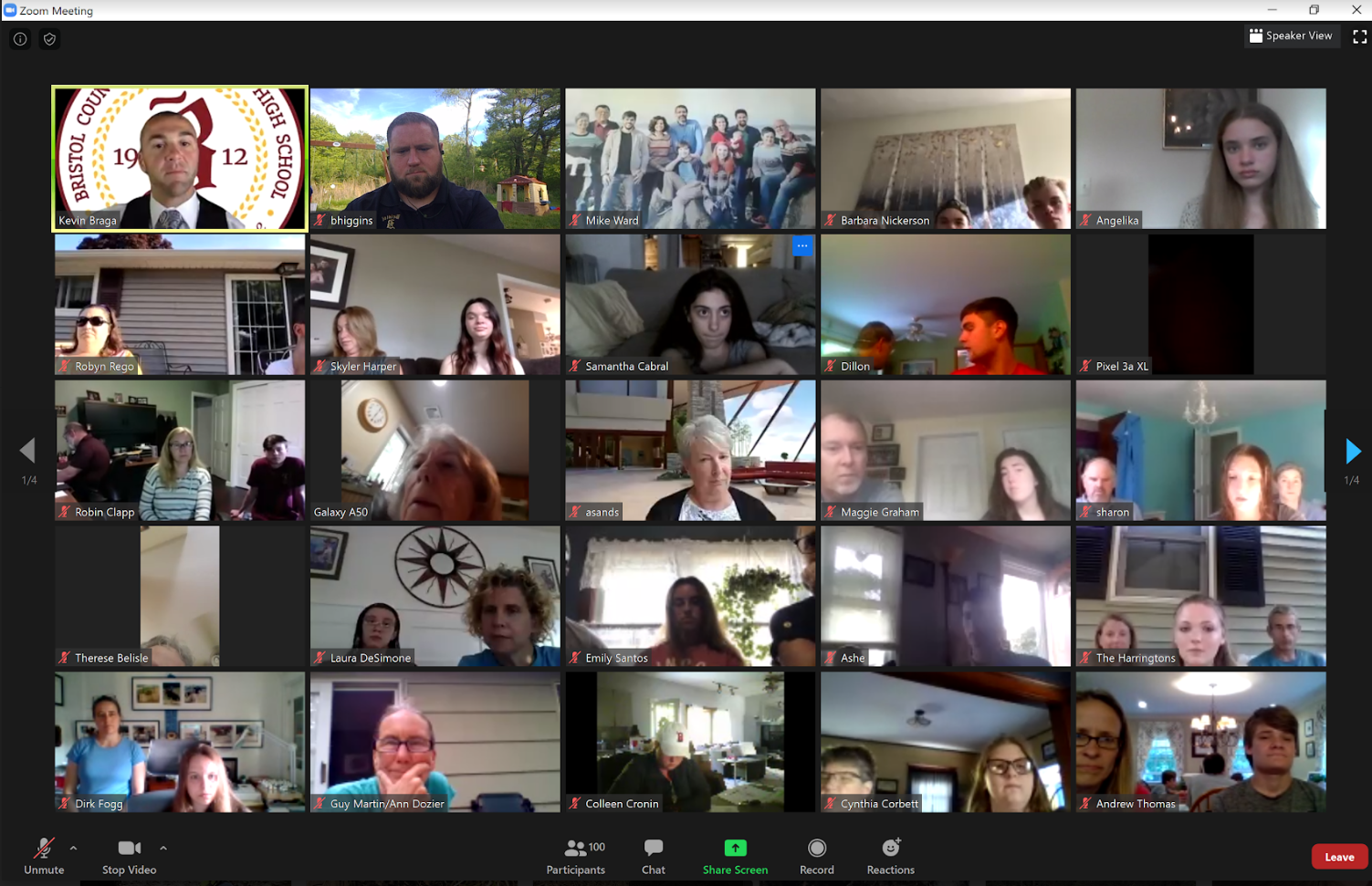 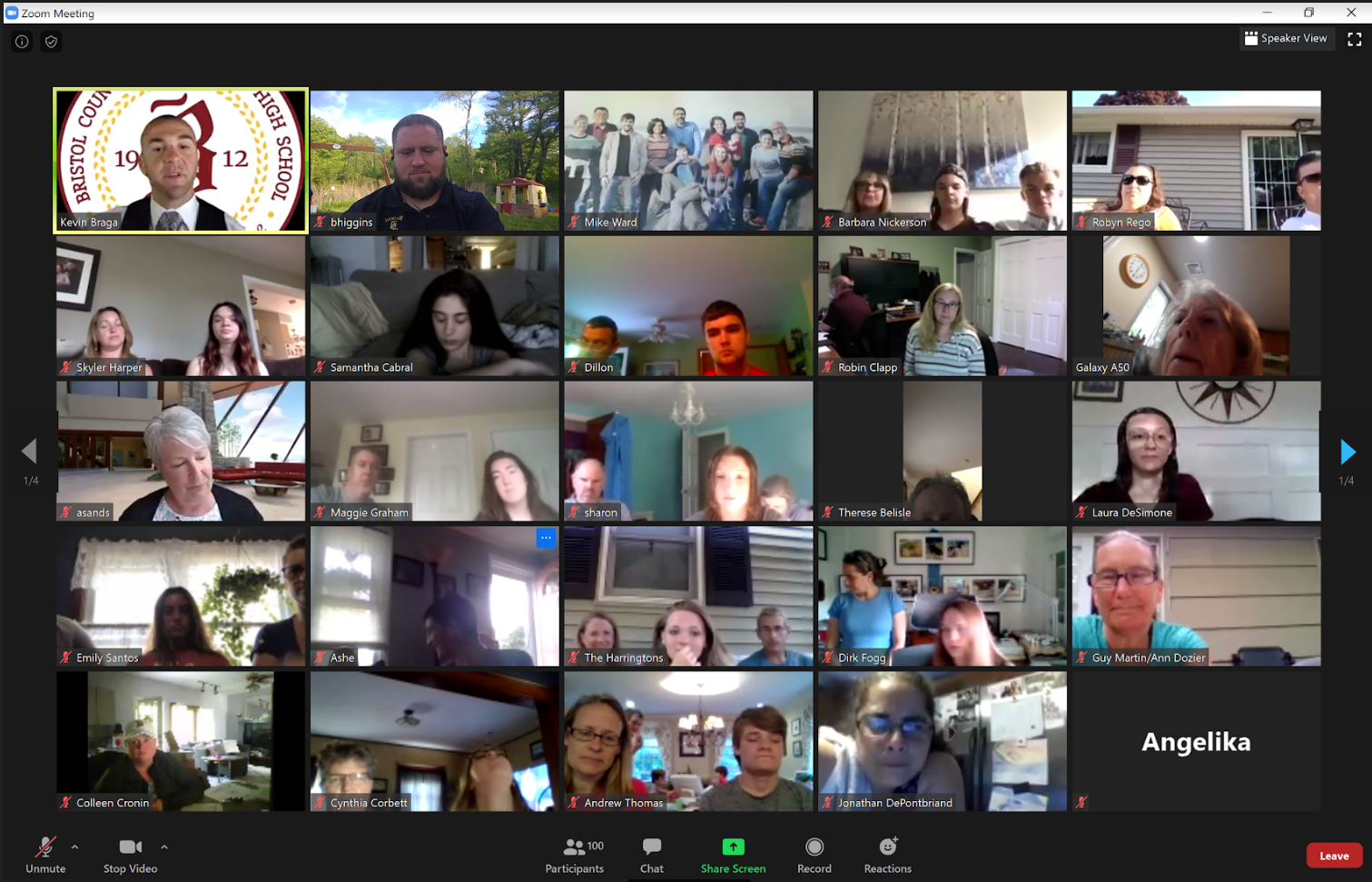 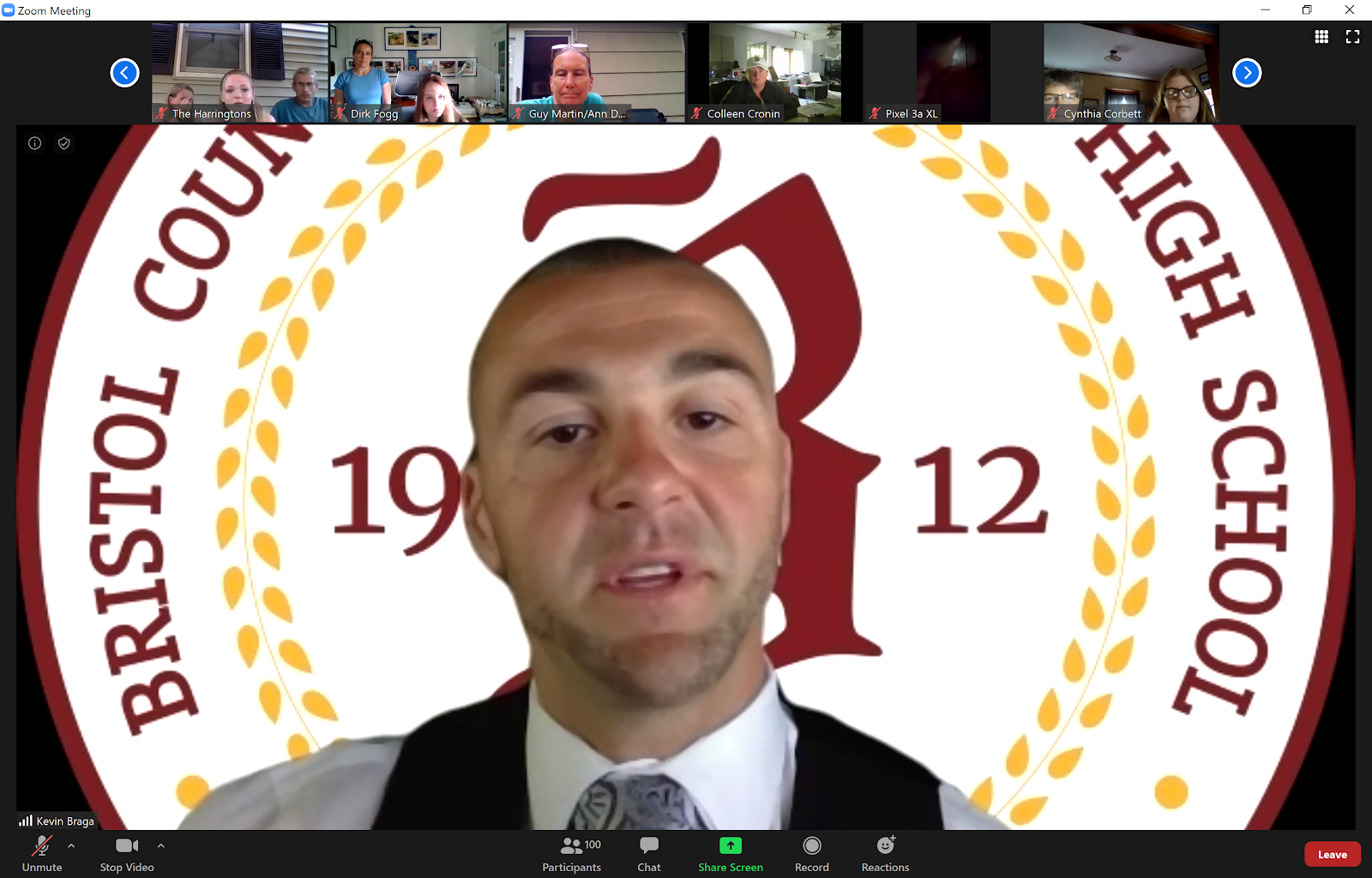 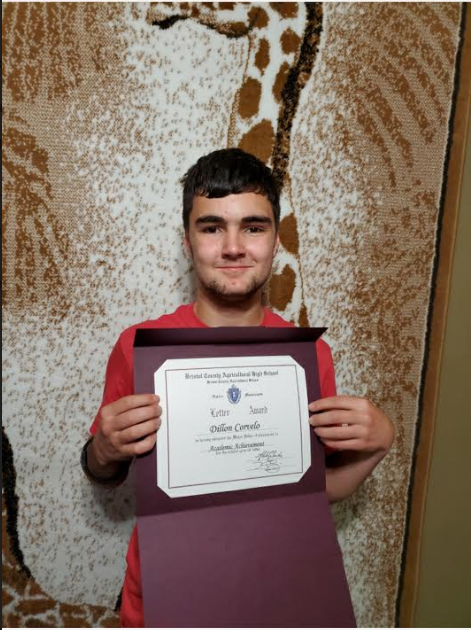 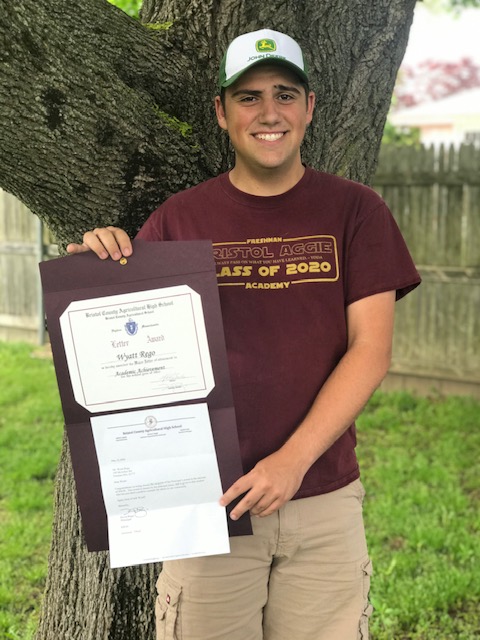 The following students will be receiving either a Small Letter or Pin for their academic achievement in making the Honor Roll for 3 terms. 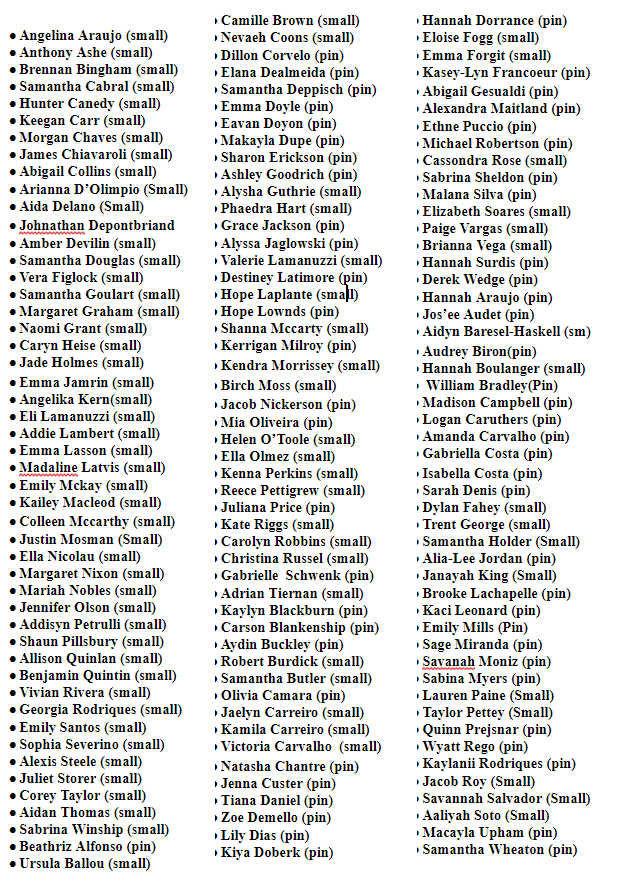 The following students will be receiving a Large Letter or Pin for their academic achievement in making Highest Honors for 3 consecutive terms. In addition to this recognition they will also receive a President’s Education Award for Outstanding Academic Achievement. 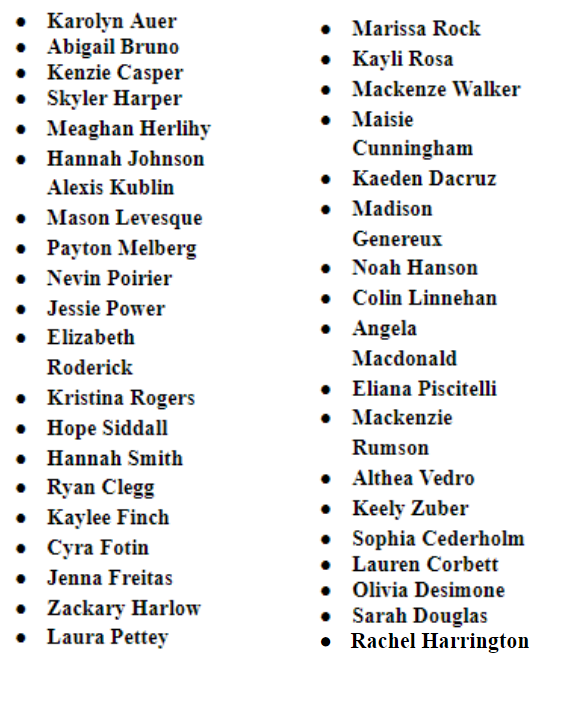 In addition to this award, these recipients will be receiving either a Small or Large academic letter or Academic Pin. The top 10 Senior recipients of this award are:

Last Week of School: There will be NO new assignments after Thursday June 11th.  The reminder of the time will be allowed for make-up work, which will be due to your teacher no later than Wednesday, June 17th at 3:00.  Final grades will be posted on Friday, June 19th.  Let us know if you have any questions.

Spring amphibian migration in Attleboro area and beyond might be more successful with less traffic: By Kayla Canne kcanne@thesunchronicle.com (May 25, 2020) 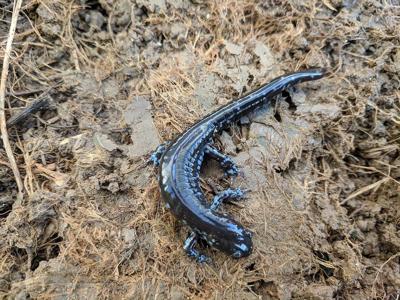 A blue-spotted salamander. It was recently a “Big Night” for the amphibians — the annual ritual of spring migration which many times takes them across highways but the lack of traffic, because of the coronavirus, helped make that normally treacherous journey easier.

The female blue-spotted salamander starts its yearly migration across busy Route 138 in Dighton as soon as the weather turns in late February.

They wait for the rain, thriving in the wet environment, and as soon as temperatures float above freezing, they move from their forested habitats to vernal pools that develop in the early spring, ready to lay their eggs in the small temporary bodies of water that carry no fish or other predators after their new offspring.

The half-mile hike may seem dismal to other creatures. But for frogs, salamanders and their other amphibian friends, speeding cars across busy roads and low visibility — both because of the darkness of their nighttime migration and because of their small stature — make the trek treacherous.

Brian Bastarache remembers many nights where citizen volunteers and scientists dedicated to helping the critters cross the road couldn’t even safely cross themselves.

Bastarache is the Natural Resource Management department chair at Bristol County Agricultural High School but has spent many nights tracking amphibians as a contracted salamander researcher for the Massachusetts Department of Fisheries and Wildlife.

“They just get obliterated on that road,” he said of the ones who routinely migrate across Route 138. “Some nights there’s been so much traffic, we can’t even get out there to count them. Even at midnight the traffic is still too much.”

Some amphibians may have seen a slight reprieve this year, however, as social distancing practices and stay-at-home orders because of coronavirus reduced vehicle traffic over the last two months during the prime migration season.

Marla Issac, owner of New England Reptile and Raptor Exhibits in Taunton, said many of the volunteers she’s in contact with who track and rescue eastern spadefoot toads in the area reported seeing fewer casualties along the roadsides where they worked.

“The vernal pools were just booming,” she said. “They were breeding like crazy this year, calling like crazy. Unfortunately, human activity impacts wildlife. Sometimes we can’t help it. We have to go to work.”

The New York Times last week highlighted a herpetology graduate student who said his team of rescuers in Maine have tracked data that suggest this year, four amphibians are surviving the journey for every one run over in their area, compared to last year’s two-to-one ratio.

But whether its enough to impact the population is near-impossible to say, according to Jacob Kubel, a conservation scientist with Mass Wildlife who tracks the migration patterns yearly.

For one, Kubel said, data on amphibian migration and survival rates are dependent on a whole number of things, including weather patterns that affect the length of migration season and the number of volunteers and the effort that goes into collections during any given year.

He said scientists and citizen observers need to be careful about jumping to conclusions and remember that they are only dealing with one season’s worth of data, especially in a year that saw many small migrations rather than a few mass ones.

That’s because persistently low temperatures on the first rainy nights of the season kept some amphibians tucked away longer this year, compared to a single, warm rainy night like in 2015, when trackers saw a synchronized mass movement of amphibians across the state.

“During a night like that, a lot of amphibians can be at risk if it coincides with a lot of traffic,” Kubel said.

As for this year, migrations were smaller and most occurred after midnight, when you would expect fewer cars on the road even if you weren’t in the midst of a pandemic.

And even with coronavirus, the cars didn’t stay away completely, Kubel said.

On May 1 he was out in the field just before midnight collecting data on the eastern spadefoot toad when he came across one half-dead on the road, squished by one of the several cars that whizzed by not even an hour earlier.

“It doesn’t take a great traffic volume to have a significant impact on the mortality rate of animals trying to cross the road,” Kubel said.

So even if traffic is reduced, there may still be enough cars out doing the usual damage.

“I’m not confident that COVID-19 reduced traffic enough to impact amphibian mortality significantly in the migration season this spring,” he said. “If this were to happen for many years, that’s when we could start to see a trend or any changes in amphibian survival.”

Migration season has mostly come to a close for adult salamanders.

But the newest litter will soon have their own treacherous trek to face: Their first test of adulthood is making it back across that busy highway and into the forest to join the others for the year to come.

Kayla Canne can be reached at 508-236-0336, kcanne@thesunchronicle.com or on Twitter at @SCNAttleboro. 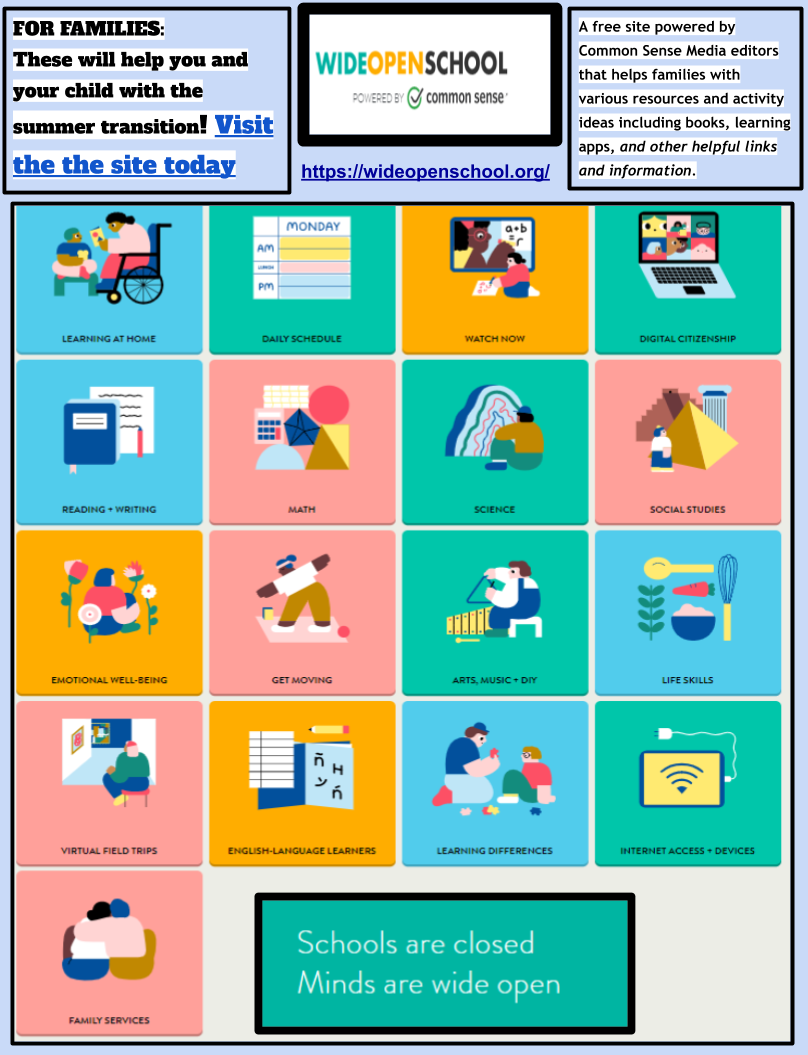 These links from Common Sense Media Wide Open Schools can help your child with the summer transition! Visit the the site today 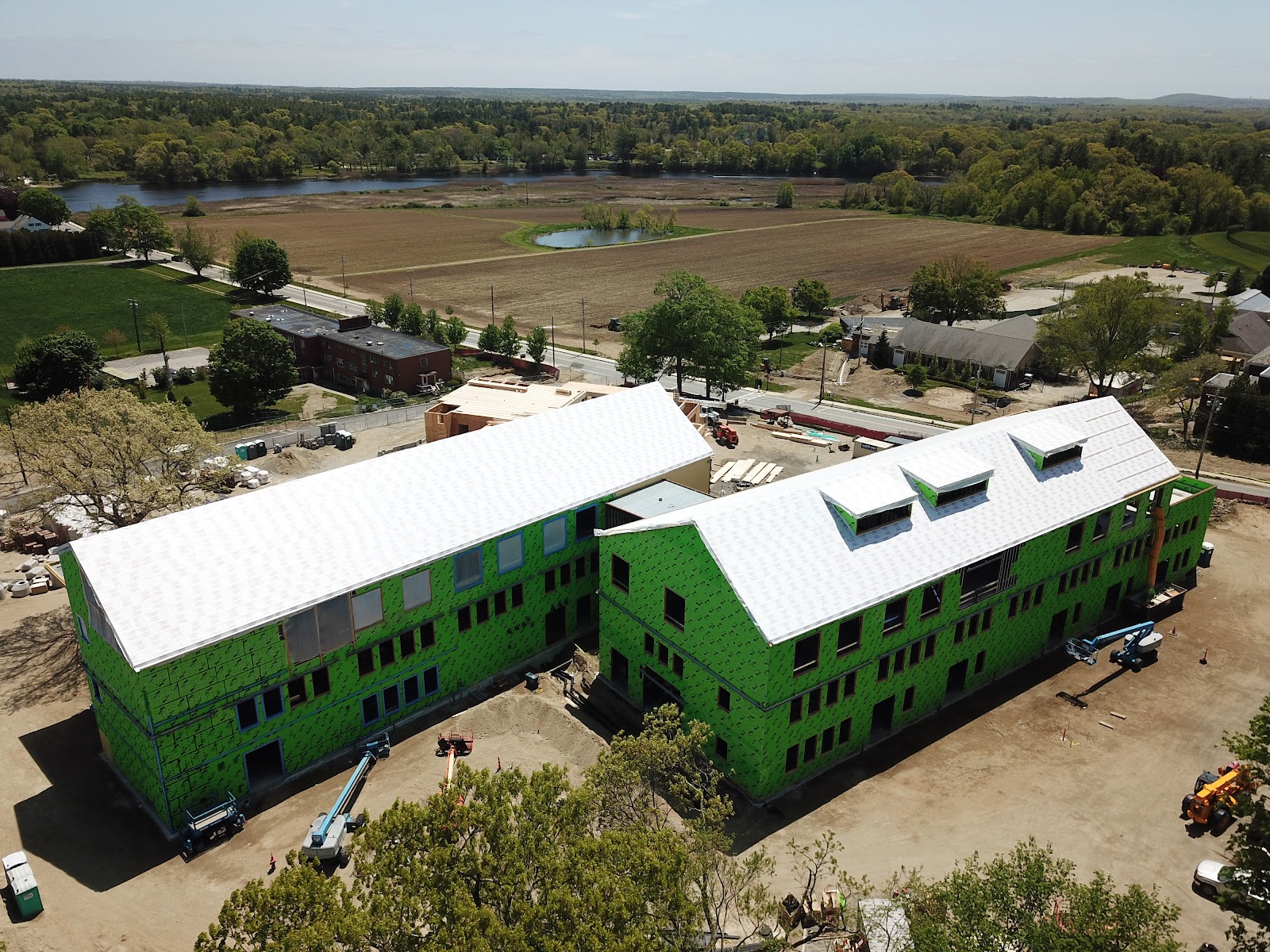 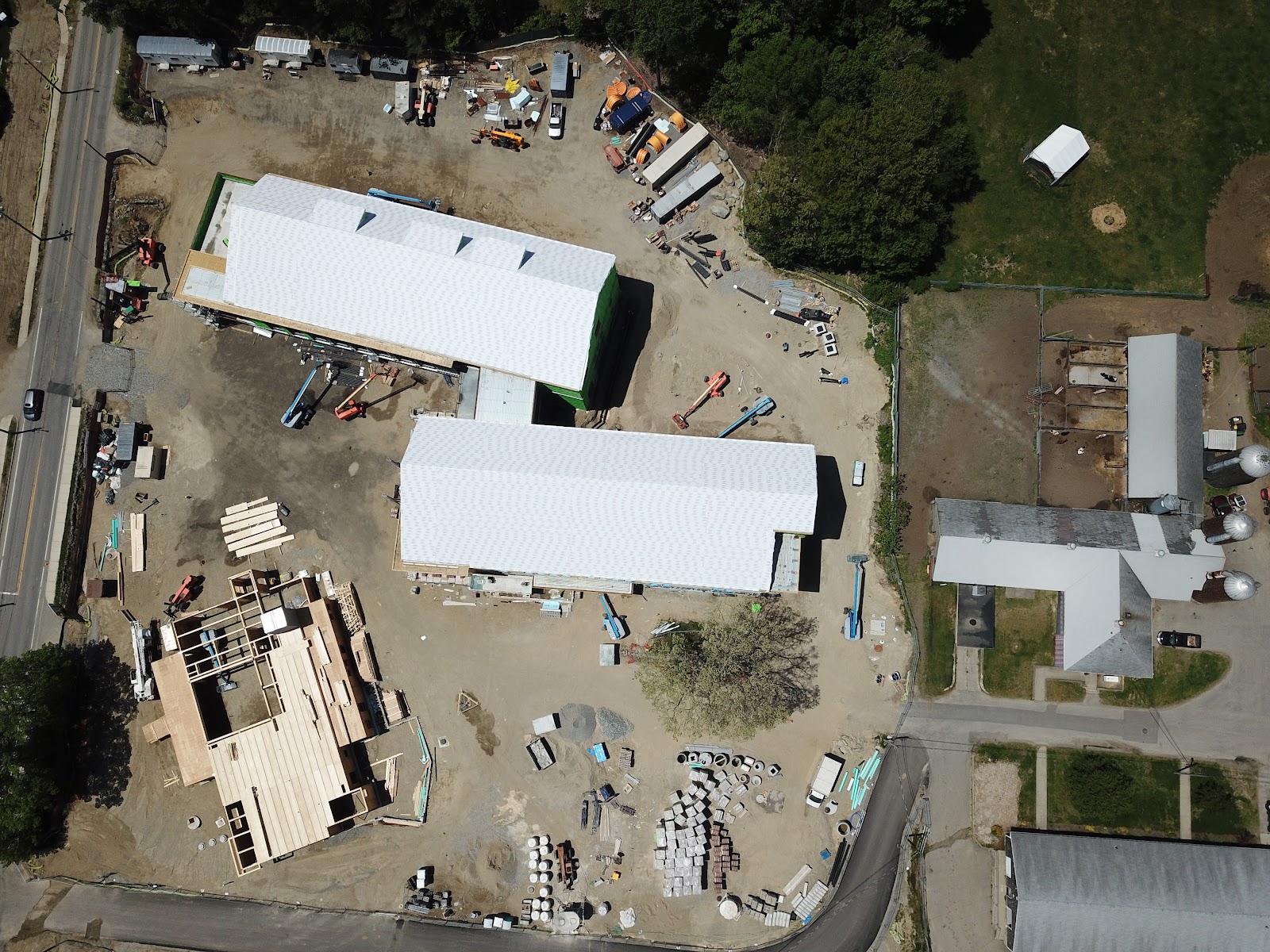 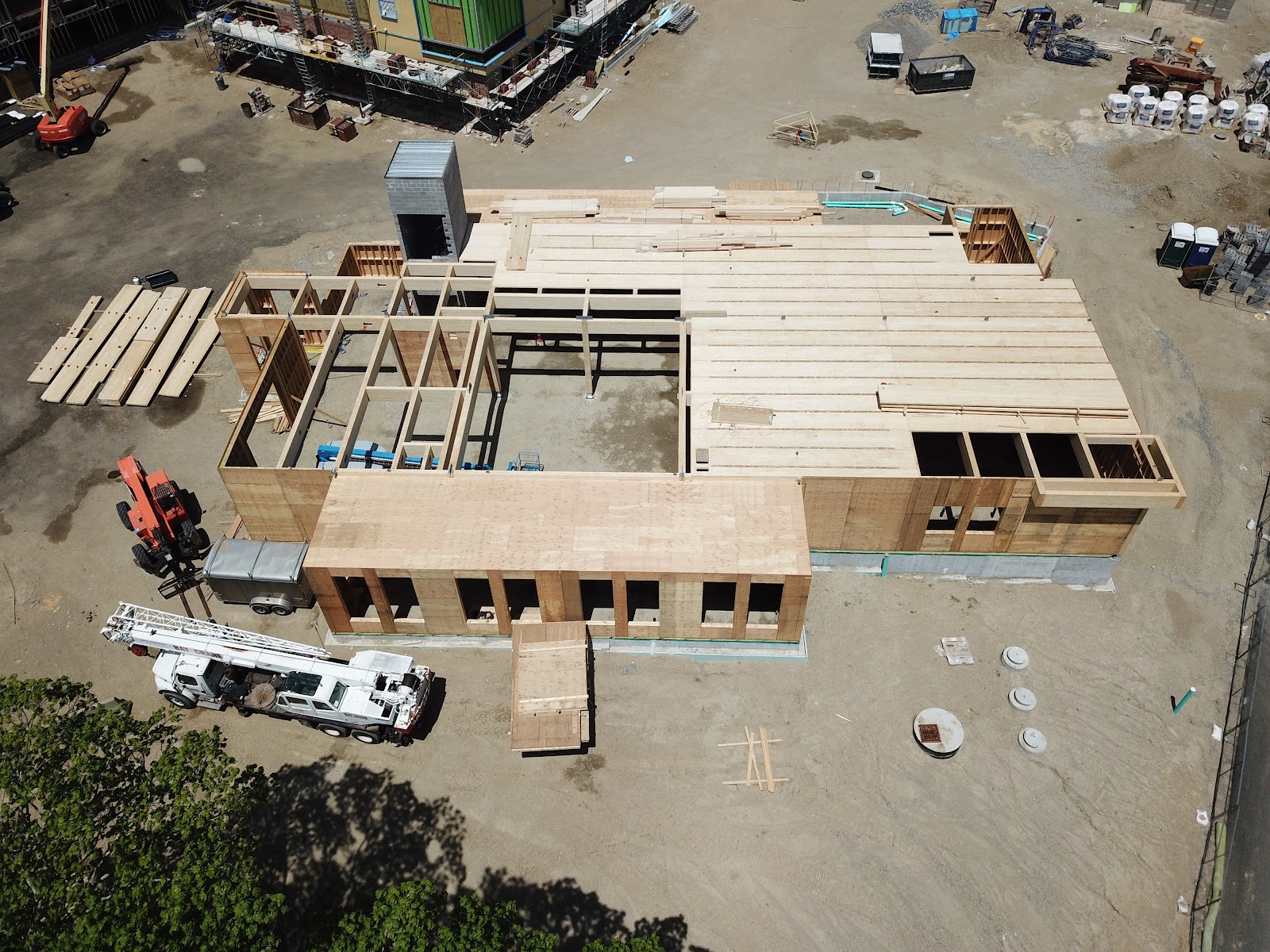 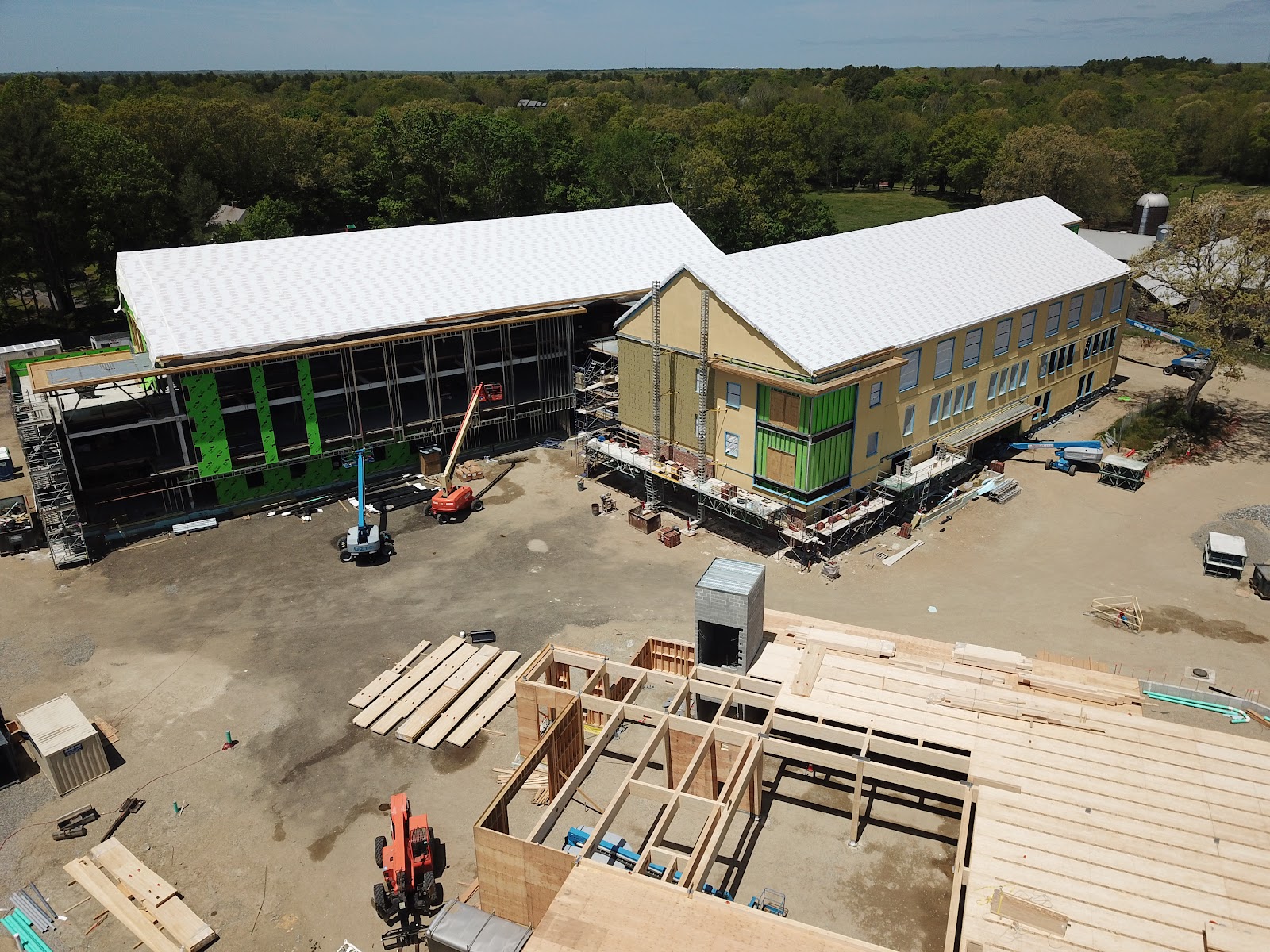 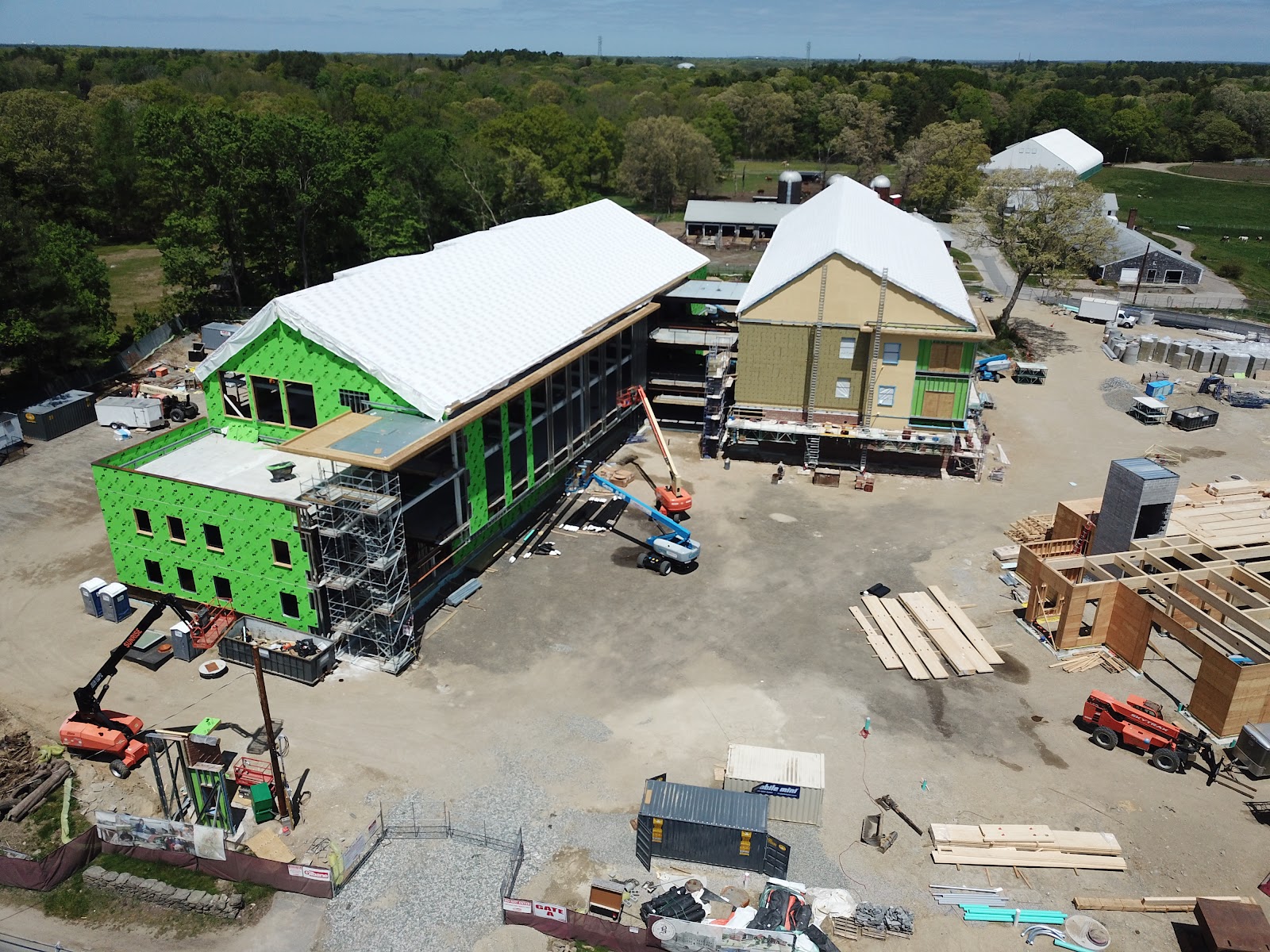 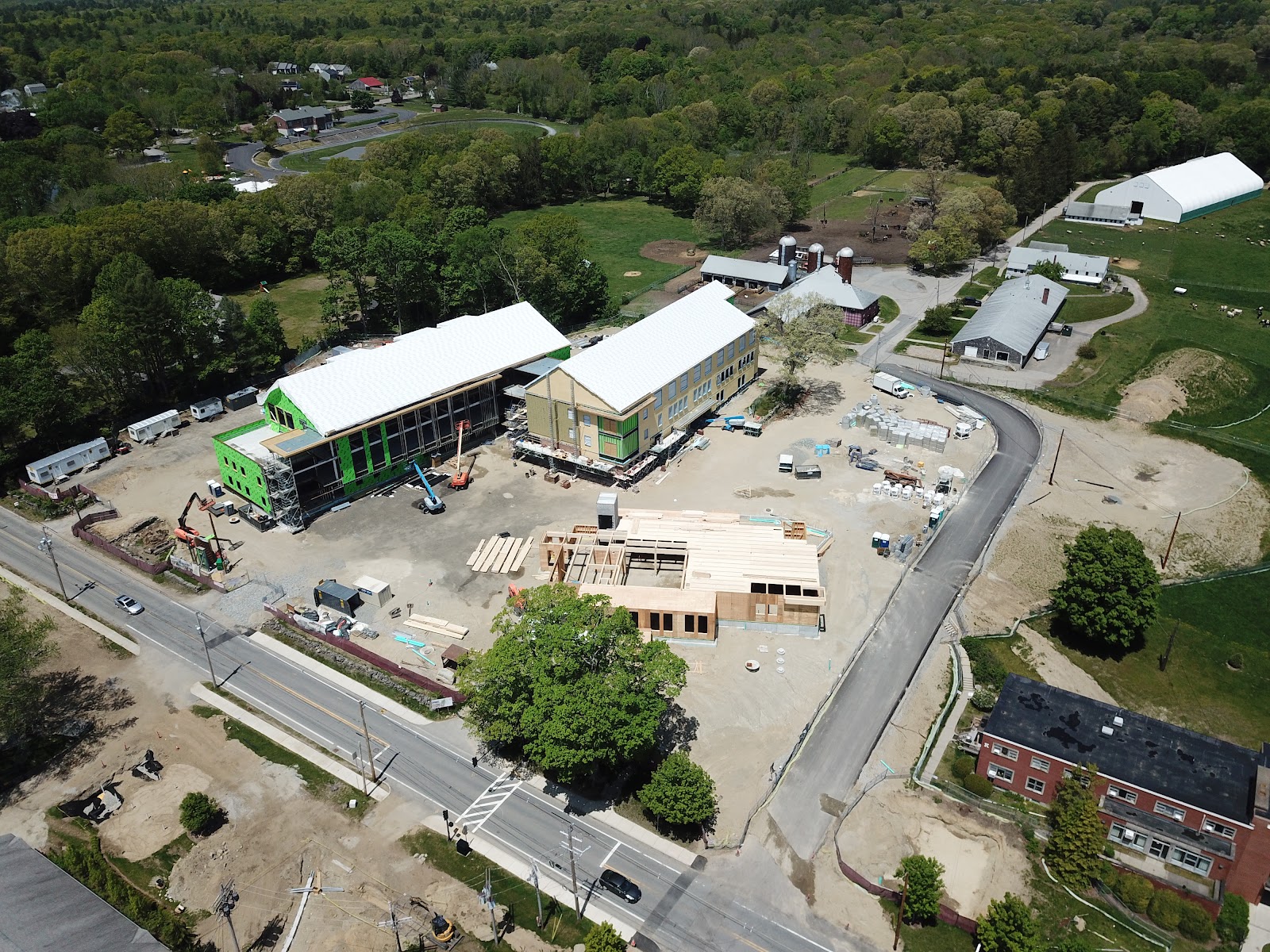